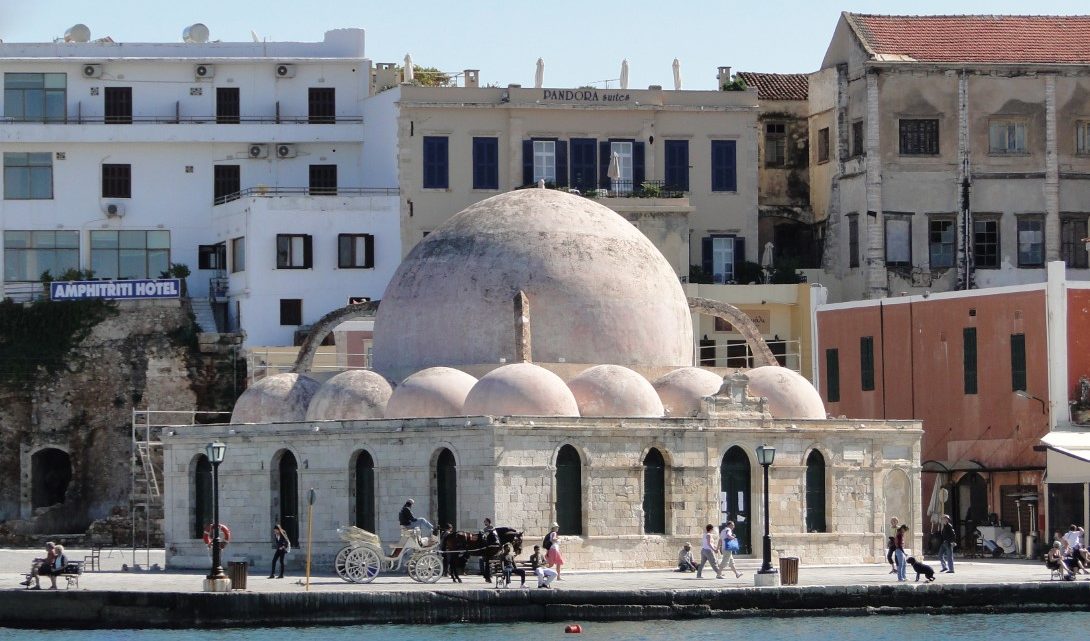 Chania has some of the most beautiful images you will ever see at a destination. These include landscapes, both natural and built, on the one hand, and museums on the other. Both contribute to a beautiful stay and coexist harmoniously, creating a stroll through time.

Looking first at the landscapes of Chania Prefecture, it can be said with certainty that you will not regret visiting the Topanas, the Old Port, Therisso and the Tombs of Venizelos. 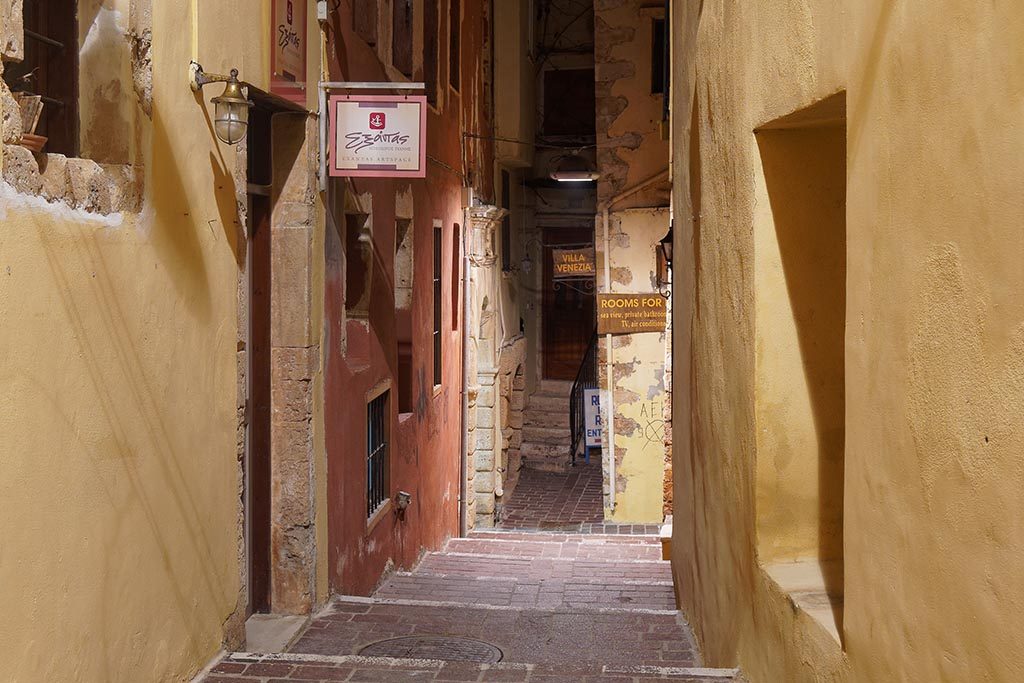 One of the most typical neighborhoods of the Old Town of Chania is Topanas, the once prestigious district of the city, with Angelou and Theotokopoulou streets being one of its most photographed streets. On Angelou str., you will also find the building where the Venetian administration was hosted in the 15th century. The Venetian aroma emerges in every corner, blending in with the Ottoman (1645-1898) and Egyptian (1831-1841) signs that passed through Chania, Greek culture and the authentic Cretan element creating a unique cultural alloy. Picturesque, mysterious alleys hiding behind the thrilling, preserved Venetian buildings. A stroll through the cobbled streets of the Old Town is enough to dazzle them with their picturesque beauty. Although it may sound common, the Old Port of Chania is an inseparable cultural element for the prefecture of Chania and the whole of Crete. From the Maritime Museum on its western end to the Neorio Moro on its eastern flank, you can admire in all its splendor the beauty and elegance of one of Crete’s most romantic spots.

Walking along the beachfront next to the restaurants, taverns and cafés you will notice the peculiarities of Venetian architecture as reflected in the typical narrow buildings, as well as the Egyptian Lighthouse. Just in front of Yiali Mosque, one of the few remaining examples of Renaissance Islamic art, dedicated to the first Chania guard, Kiuchuk Hassan, traditional carriages are waiting for you to take your most romantic stroll through the city during your romantic stroll. Crete. Moving east you will come across the Neoria (also known as the arsenals). These are stone buildings with an arched facade, which served as the site for the repair of the Venetian fleet ships.

One of the closest destinations in the prefecture’s capital is the village of Therisso, located 12 km from the center of Chania. To approach it, you will cross a paved and slightly uphill road, reminiscent of a fairytale magical path, as the tall plane trees, the lush landscape of the Therissian Gorge, with the imposing rocks and the Kladisikos river fluttering along a steep slope. The village is located at an altitude of 580 meters, with the White Mountains rising up just above it. Therisso is famous for its rich history, as it served as a base for the revolutionary fighters of the 1821. Also on March 10, 1905, Eleftherios Venizelos and 1,000 other fighters from all over Crete gathered here to declare armed revolutionary war against V ‘, in order to achieve the union of the island with the rest of Greece. The building where the military headquarters was set up today functions as a museum. In the square you will notice the statue of Eleftherios Venizelos. 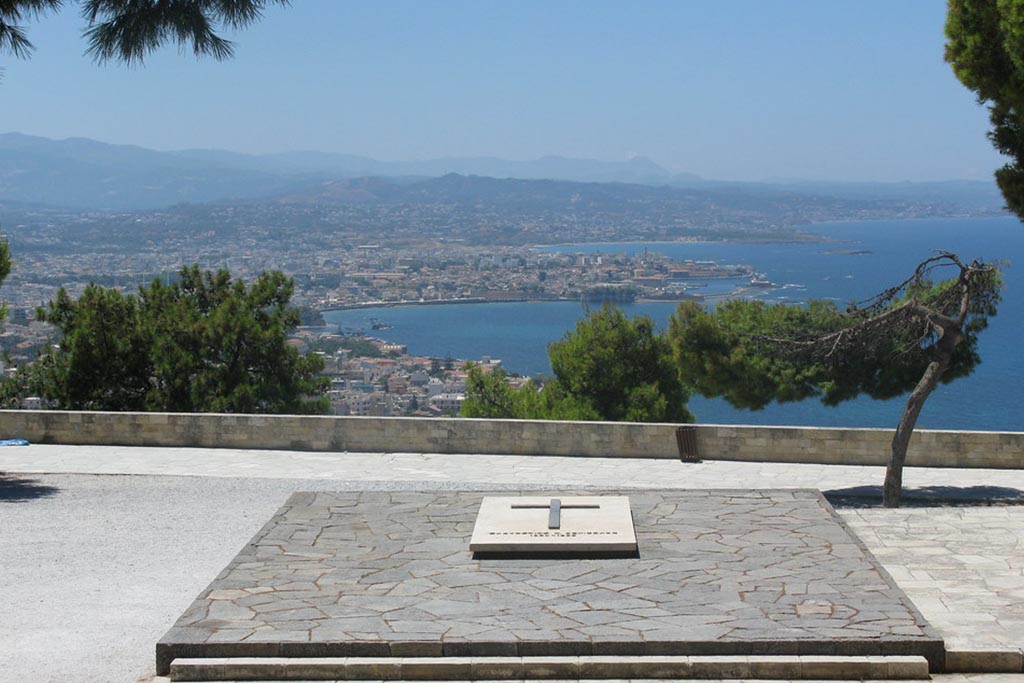 The Tombs of Venizelos

With a stunning panoramic view of the city and the Old Port, on the hill of Prophet Elias and 5 km from the city center, you will have the opportunity to visit one of Chania’s most famous sights, the Tombs of the Venizelos. There are the tombs of Eleftherios and Sophocles Venizelos, opposite each other, in a lush setting. The area is landscaped with cobblestones, benches and terraces, streets and gardens and is an ideal choice for relaxing walks away from the center and the noise of the city. The temple of the prophet Elias was built in the early 16th century with Venetian features. There is also the statue of Spyros Kagialedakis, who raised the Greek flag during the 1897 Akrotiri revolution, defying the fires coming from the ships of the Great Powers. 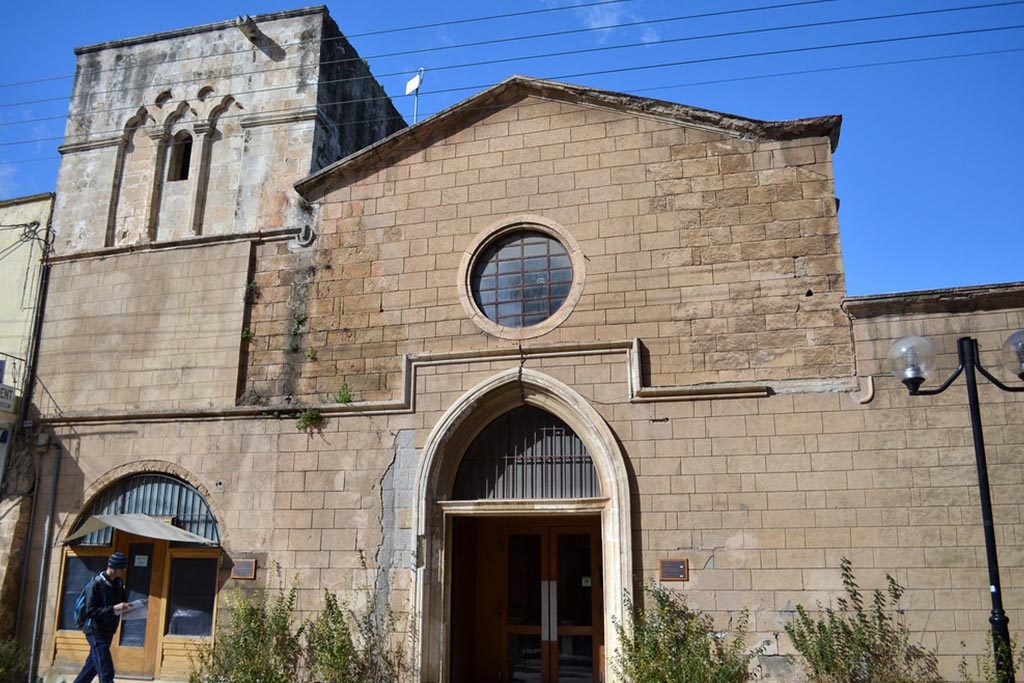 As for the museums that you can visit in Chania, they consist of the Archaeological Museum, Folklore, the Navy, the Museum of Typography, the Holy Trinity Monastery of Tzagarolas and the Gouverneto Monastery.

The Archaeological Museum is housed in the cathedral of the Monastery of Saint Francis, although a new museum has been designed in recent years. The report is divided into two sections: the first contains findings from the Neolithic to the Late Minoan period, and the second from the geometric period to the Roman years.

The Folklore Museum of Chania includes representations of rural and domestic work, traditional workshops, decorative objects and everyday items as well as an interesting collection of weavers and embroidery. The museum was created on the initiative of Aspasia Bikakis and Irene Koumandraki.

The Maritime Museum of Crete is located in the port of Chania, at the entrance of the Venetian fortress Firkas. Housed in 1973, the museum is organized into 13 sections, starting in antiquity and covering the period until the Battle of Crete. Among its exhibits you will find mock-ups, a collection of shells, amphoras, dummies, and it also has a remarkable library and is active in important research programs.

The Museum of Typography gives you the opportunity to take a journey through time through manually typed 19th century printing presses, more modern 20th century automobiles and numerous tools, typographical elements and more. It is housed in the Chania Craftsmanship and has a very interesting Cretan library with rare 16th century books, maps, old Cretan newspapers, banknotes and stamps.

The Holy Monastery of Agia Triada is one of the most important monastery complexes in Crete, located at the start of the Stavros mountain range, in the Akrotiri region, and was founded by the brothers Jeremiah and Lavrentio Tzangarolo (early 17th century). The combination of orthodox monastery architecture with western forms influenced by the Venetian occupation creates an extremely impressive result. Of particular interest is the monastery’s ecclesiastical museum as well as its internationally awarded products, such as olive oil and wine.

Gouvernetou Monastery is an important and historic monastery in Akrotiri, dedicated to Our Lady of Angels. The ruined, fortified exterior of the monastery’s cathedral is located in a gorge, near the monastery, where the bear’s cave is also located.

Taking into account all the attractions noted, it can safely be said that Chania is an ideal destination for travelers who want to be captivated by both the natural landscapes and their local history. 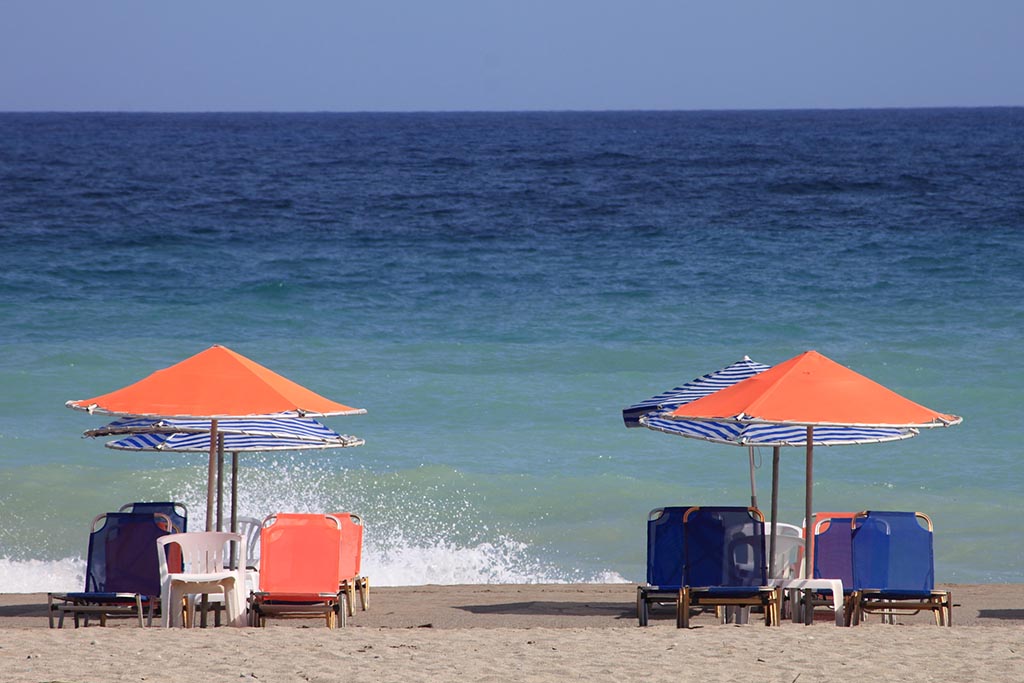 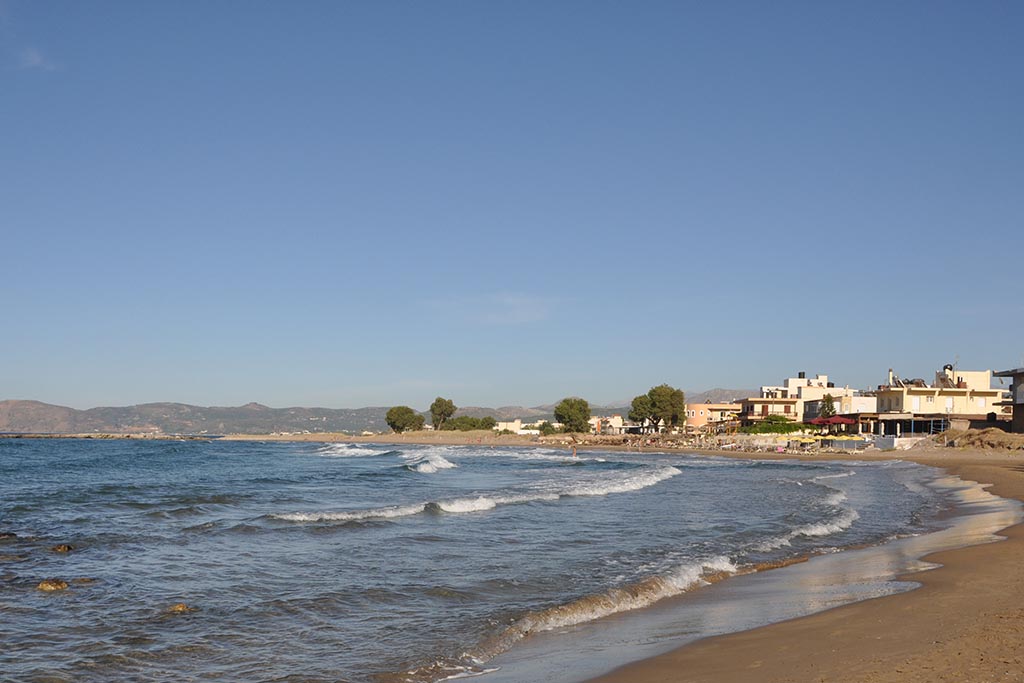 Mavros Molos: It is located in Kasteli and is the most prominent … 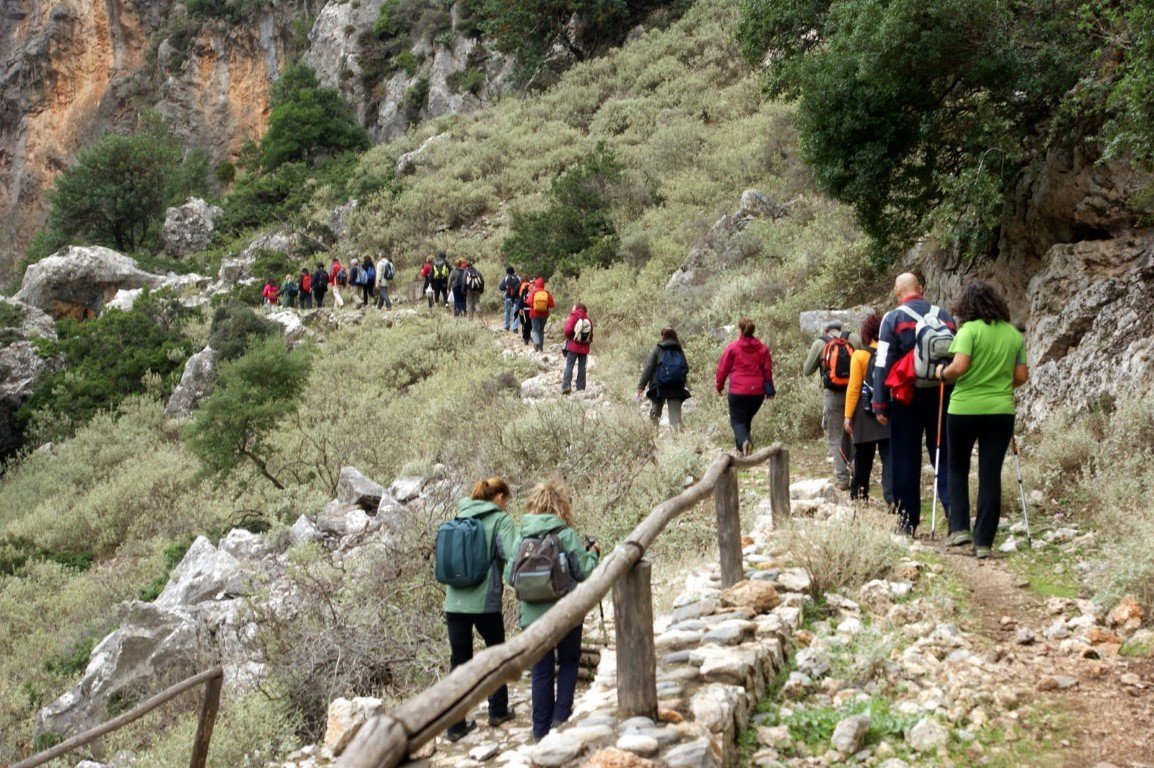 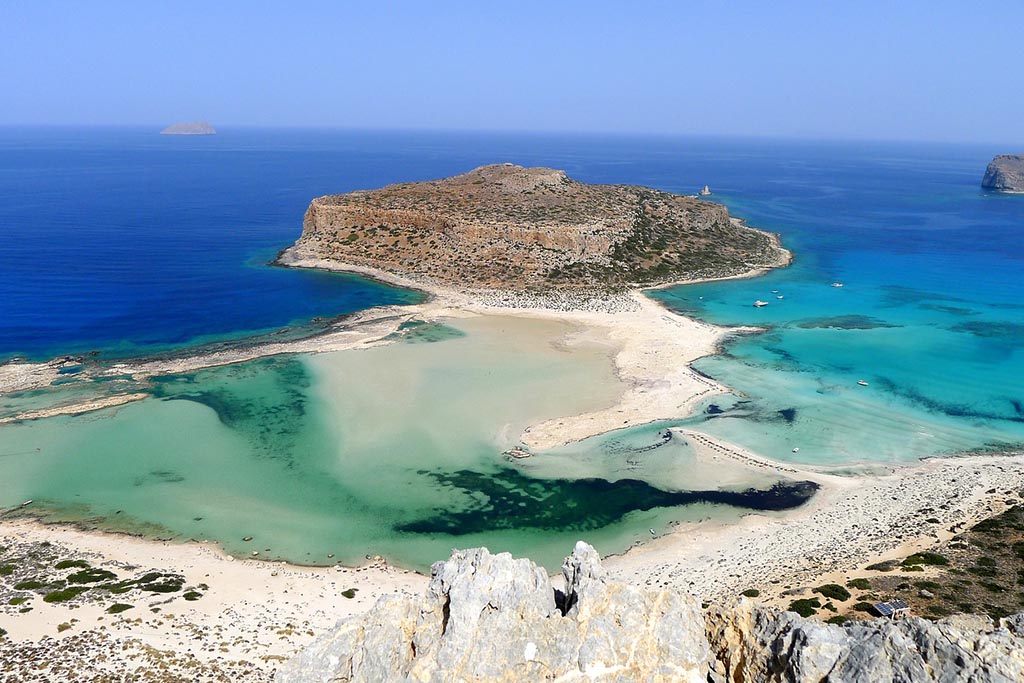 Still a landscape of extraordinary beauty, Balos is essentially a rock that …